skip to main | skip to sidebar

Yikes!
A year has gone by without posting here. Find me over on facebook. Tobey's turning one this month. Life is markedly slower and more peaceful as a single parent refraining from compulsive activity. James will be sixteen at the end of May. Yikes!
Posted by Kathleen Conley Norbut at 8:08 PM No comments:

The Impact of Casino Gambling in Massachusetts from WGBY on Vimeo.

Posted by Kathleen Conley Norbut at 10:27 PM No comments:

"I hope you will add your name as a co-sponsor to the Transportation Economic Development and Ridership Act submmitted by our friend Rep. Carl Sciortino (Medford).
This bill will create a safer, more modern transportation system across the entire commonwealth by increasing public transportation ridership, fixing deteriorating roads, spurring job creation, and creating more transportation choices for consumers. I greatly appreciate your support for infrastructure improvements in my community and our region. We still have a long way to go to repair and improve our transportation systems which are not only economically vital but needed for safety.
Please contact the office of Rep. Carl Sciortino (Medford) to add your name as a co-sponsor to House docket #2840."
Posted by Kathleen Conley Norbut at 8:28 PM No comments: 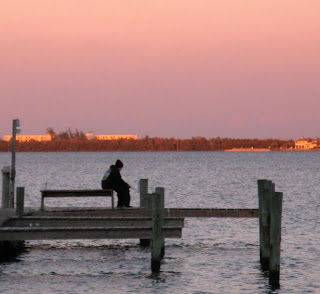 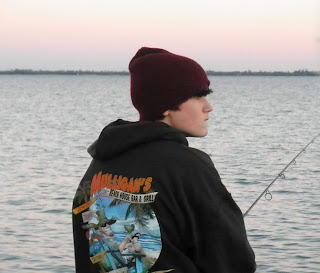 Isn't he handsome? I am blessed.
Posted by Kathleen Conley Norbut at 9:59 PM No comments:

As a nation we used to respect elected officials who had passion, intelligence and oratory skills; some of us still honor those who do.

It is unlikely however, and I say this with great sadness, that many of the current US Senators, including the pair from Massachusetts, could hold a match to Mr. Sanders' vision and light.

It's time to raise the bar and support those who have a clear and progressive vision for this country.

NO COMPROMISE.
Posted by Kathleen Conley Norbut at 9:22 PM No comments:

Thank you to our MRC volunteers, the Monson Board of Health, Council on Aging, School Department, Monson Free Library, the Local Emergency Planning Committee, American Red Cross-Pioneer Valley Chapter, Board of Selectmen, Mass211, M-PACT-TV and our First Responders - Police, Fire and EMTs.

For more information about family emergency preparedness go to www.wmmrc.org
Posted by Kathleen Conley Norbut at 4:40 PM No comments:

Eclectic list of signs at "Rally for Sanity and/or Fear"

CREDIT to Don Chauls for sharing the below stories:


There were so many people on the mall Saturday that I was unable to see or hear anything from the stage. I guess the organizers were not expecting so many, and thus did not place speakers far enough back for the last two-thirds of us. Since I couldn't follow what was happening on the stage, I used my time to collect signs.

My collection was totally eclectic, its only rule being that I had to be able to read the entire sign. Much to my surprise, very few of them were printed; at least 95% (other than those that just touted 'sanity' and 'fear') were unique, hand-written signs. They covered a very wide range of topics - with pro-Democratic and anti-Tea Party or Glenn Beck or Fox being in the majority (or perhaps just a plurality), but by no means overwhelming. A few were Republican. Many focused on keeping the dialogue civil. Some made no sense at all.

Rather than attempt to organize them in any way, here they are:

· A fact ignored is no less true.

· Assuming either the left wing or the right wing gained control of the country, it would

· Be the change you wish to see in the world. –Gandhi

· Bipartisanship is not gay hookup.

· Can common and sense be legally remarried in the USA?

· Canadians for a sensible America.

· Charter schools are good sometimes, but not always.

· Civil discourse sound sane to me.

· Civil war was an inside job.

· Civilized debate should be an oxymoron.

· Corporations are not We the People.

· Dear God, please protect us against your ‘good’ people.

· Dear Press: Please report the news instead of sensationalizing it. You are giving me a

· Decibels do not good arguments make.

· Did some1 say chimichanga.

· Divided we all fall.

· Education doesn’t make you an elitist. It makes you smart.

· Everyone on earth is unique and beautiful. How can we trust them?

· Fred says won’t you be my neighbor?

· Freedom of speech does not negate common sense.

· Get high on political awareness.

· Get the government out of my federal entitlement programs.

· Get your church out of my state.

· Got PIISD? (Private Insurance Induced Stress Disorder) Get the cure: Improved Medicare for All.

· Got schools? police? fire departments? medical care? etc.? etc.? Brought to you by your government and paid for by your taxes.

· Gravity is only a theory.

· Grizzly bears are taking our jobs.

· Grizzly bears. Foxes. Elephants. When did my country turn into a circus?

· He who slings mud loses ground.

· Health care for everyone is not socialism. It’s humane – and sane. Just ask a Canadian.

· Hey Tea Baggers. We don’t want the government you deserve.

· How can we have a conversation if you answer questions with talking points.

· I am afraid of tornados and I’m reasonably worried about religious fundamentalists.

· I am not a witch. I just don’t know the Constitution.

· I am not afraid to be afraid.

· I am the silent majority and I vote.

· I can be persuaded by a logical argument.

· I can see Obama’s birth certificate from my front porch.

· I fear the Washington Monument is turning me gay.

· I may disagree with you, but I won’t curbstone you unless you’re a bear.

· I only trust pollution I can see.

· I pitty the fool that suports heath reform.

· I respect your right to say stupid things.

· I support the bowel movement.

· I think U R Hitler cuz I disagree with U.

· I’m a Republican, but I’m not with stupid [picture of Glenn Beck].

· I’m from Arizona. I apologize.

· I’m listening to you. Maybe you should try that.

· I’m not a witch…burn her anyway.

· If ignorance is bliss, then why are Glenn Beck supporters so unhappy?

· If Obama is a Muslim, can we have Fridays off?

· If you listen to Fox, you got a head full of rocks.

· If your beliefs fit on a sign, think harder.

· In sanity we trust. Vote smart.

· It’s a democracy, not an auction.

· It’s loaded and I’m not afraid to use it. [picture of a brain]

· It’s OK to disagree. Just please use your indoor voice.

· Jesus, please protect us from us followers.

· Jon Stewart is a witch.

· Let’s put other mustaches on Obama.

· Let’s use science from now on.

· Liberty and justice for all includes immigrants and gays.

· Men and women get along usually. Democrats and Republicans can too.

interchangeably. Sadly our leaders do.

· Not tired of defending Obama.

· Perhaps we can find an amicable compromise.

· Public education matters in a democracy.

· Red states pay less and get more. Are you sure you are for less government?

· Respect my right to choose.

· Restore sanity. Glenn Beck not playing with a full deck.

· Run for your lives.

· Sarah Palin and the Tea Party movement: the Joseph McCarthy Red Scare of my generation.

· Separation of corporation and state.

· Settle the kettle. Run for your lives.

· Southerners know crazy when we see it.

police, parks, schools, and the military.

· Stop using Jesus as an excuse for being a narrow-minded bigoted a—hole.

· Tea parties are for little girls with imaginary friends.

· Thank you Fox News for keeping us inflamed.

· The asses of evil [triangle with Palin, Beck, and Tea Party at the corners}

· The Constitution means whatever we say it means.

· There is always money in the banana stand.

· There is no cure for Bieber fever.

· There is not a treasure map on the back of the Declaration of Independence.

· There was only one Hitler and he is dead. I should know; I’m Jewish.

· Think outside the Fox.

· Think with your brain, not your tea bag.

· Think! It’s good for the country.

· Thinking is a liberal bias.

· Thinking like Glenn Beck has been known to cause blindness.

· This is the first sign of the apocalypse (buy gold).

· Time to take our country back forward.

· Trick or treaters are socialists. Say no to handouts.

· Truthiness b/c the truth is more complicated.

· Wake up America. Just kidding; go back to sleep.

· War without a draft is not democratic.

· We are sending you back to Alaska for a Time Out.

· We have nothing to fear but Colbert himself.

· We march for hope not hate.

· We want sanity, not Hannity.

· We will not be driven by fear into an age of unreason. –Edward R Murrow

· When did intelligence become a curse word?

· When the power of love overcomes the love

Posted by Kathleen Conley Norbut at 8:39 PM No comments:

Kathleen Conley Norbut
Central-Western, Massachusetts, United States
I live in the beautiful rural community of Monson, Massachusetts. I am a lifelong Massachusetts resident. Attended and swam varsity/co-captain, four years at Tufts University (B.S., 1982). Graduate school, Springfield College (M.Ed., 1989). Licensed Mental Health Counselor, certified Health Educator and School Psychologist. Fourth woman to serve on the Monson Board of Selectmen 2003-2009. Western MA Casino Task Force founding member, United to Stop Slots in Massachusetts, President. Monson Developmental Center Re-use Committee, Chairperson. Having a voice in the democratic process and being a voice for those who cannot express their needs is one of my fundamental life missions. I especially enjoy my son, our horse Willow and sunshine.